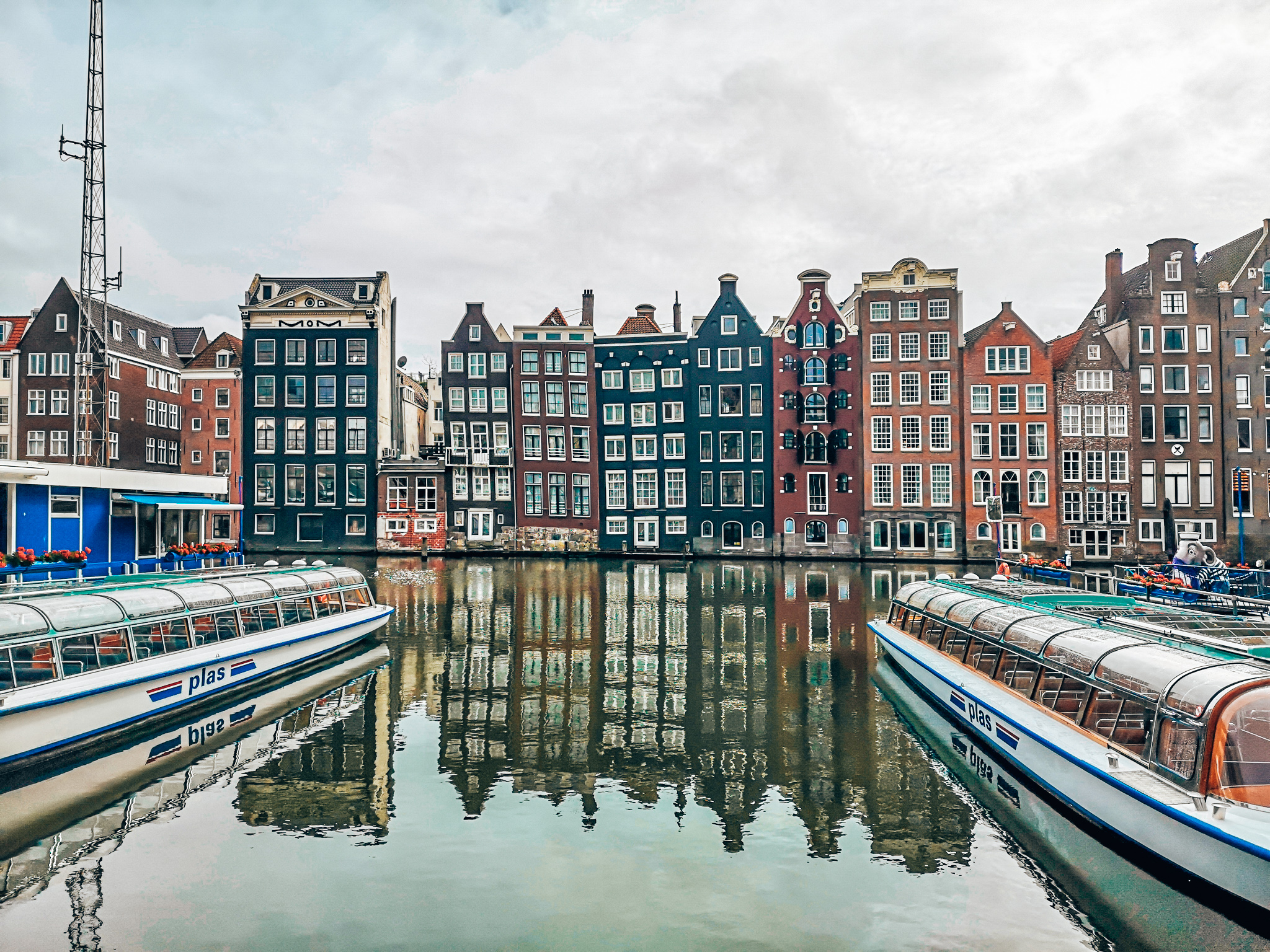 Best Spots in the Netherlands

Unlike most of the German kids I haven’t been to the Netherlands with my parents when I was young. In 2019 I visited our beautiful neighbor country for the first time – and fell in love with the nature and the culture. In this post I will point out seven of my favorite spots in the Netherlands including beautiful beaches as well as modern cities. 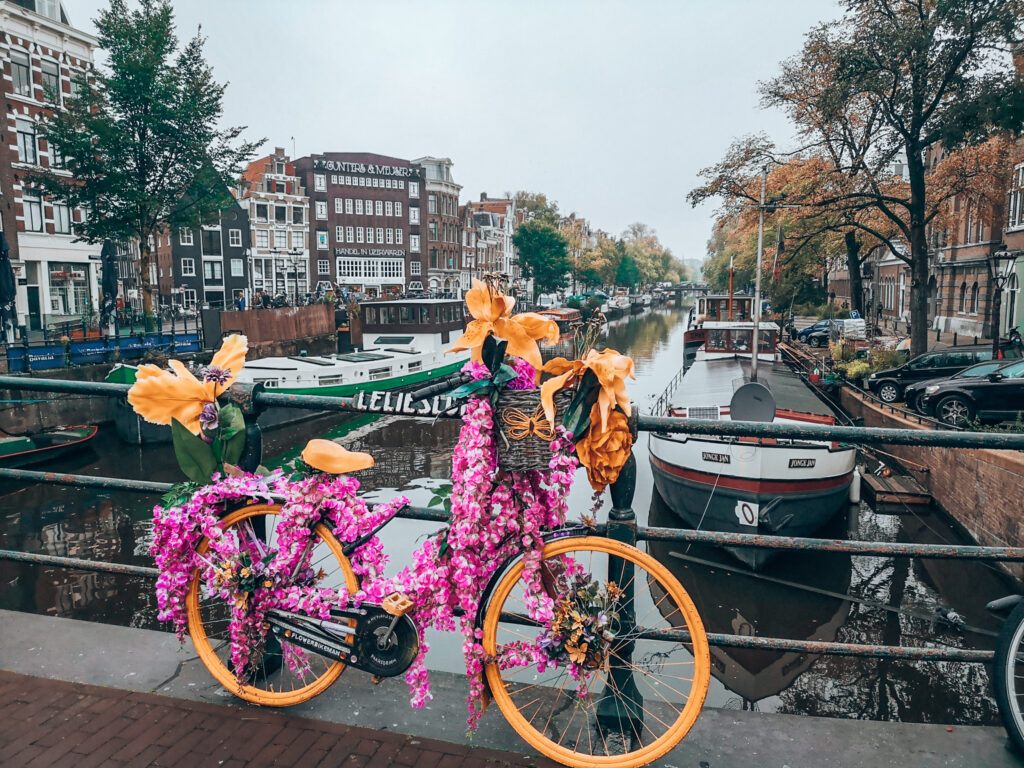 Starting with the most famous one: Amsterdam, the capital of the Netherlands. Amsterdam is the perfect city to visit on a weekend trip but since there is so much more to see you can easily spend a whole week here. The city is known for its countless canals and bridges so we went for a cheap boat cruise to get to see them. The three most famous canals are called Prinsengracht, Keizersgracht and Herengracht. That’s where the rich and wealthy people used to live. We went with an agency called “Lovers” (12,50€/hour) and they also give you a great overview of the city’s history. For example, there’s the house of Anne Frank, a Jewish girl who got famous for writing a diary while hiding in Amsterdam during World War II. The house where she was hiding in is a popular museum today. But there are also other boat tours including all you can eat pancakes or steak for example.

The Netherlands are famous for their tulips and endless tulip fields on the countryside but even in the city they have this giant flower market called Bloemenmarkt. When walking through the city you also can’t miss the giant town hall of Amsterdam which is a known photo spot for tourists.

If you’re interested in science or visit the city with kids the NEMO is your place to be. Shaped like a ship the building even looks interesting from the outside and has a lot of fun and facts to offer on the inside. It’s located close to the Amsterdam Centraal station, the biggest in the Netherlands. Just on the other side of the canal you can visit the Muziekgebouw – the concert hall. Besides the great view you even get to listen to the musicians rehearse. Like most of the buildings in the Netherlands it has a stunning architecture and offers some great photo spots as well.

In my opinion the coolest attraction is the Adam Lookout on the North side of the city – easy to reach by the free ferry from the Centraal Station. On top of the 20th floor you get a great view over Amsterdam. But the highlight is the giant swing which you can see in the picture below. There’s a bar and a restaurant as well so you can spend a few hours there even if the weather is bad. 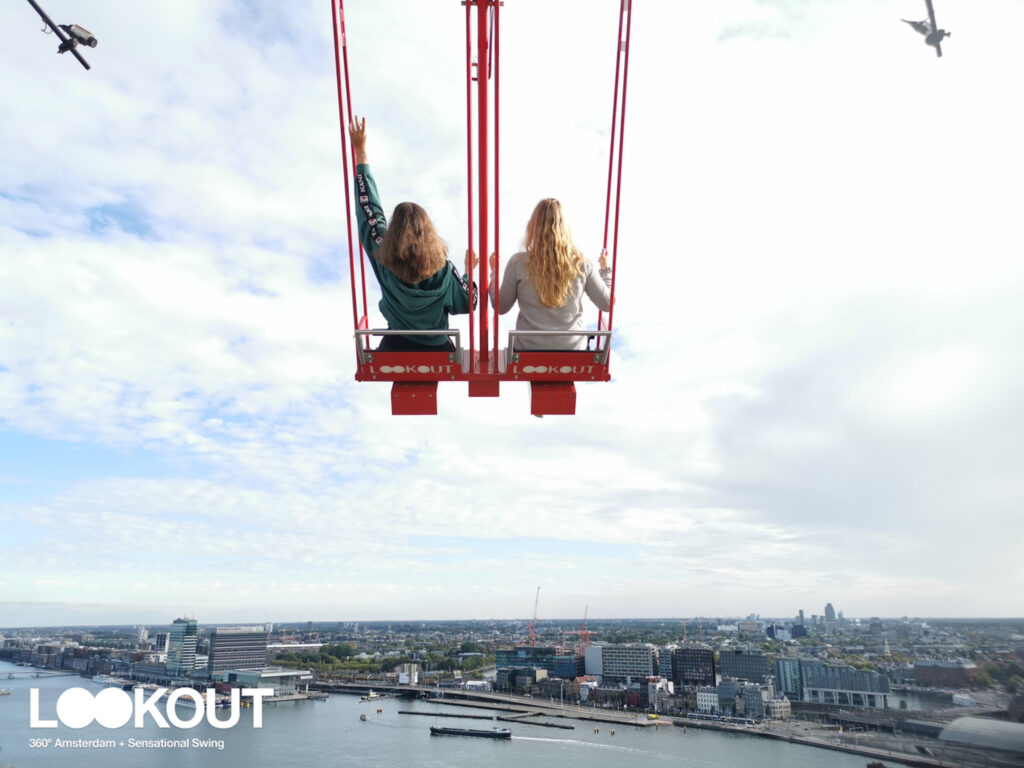 Foodwise Amsterdam has a lot to offer. Our Dutch friends told us to try Bitterballen which consist of fried meat – and they are super delicious! Also, don’t miss out on the Dutch Gouda that you can buy in various versions and flavors. Poffertjes is how the Dutch call their tiny pancakes and there are a lot of pancake stores around the city. My favorite one is a small store called “The Happy Pig Pancakes”. If you like Poke Bowls I can recommend the restaurant Perfect Poke in the city center and if you can’t decide on what to eat check out the Foodhallen – they have a wide range of restaurants and food.

My recommendation for going out at night is the Sky Lounge on top of the Hilton Hotel to get a great view. But I also like the Delirium Café and especially Hanneke’s Boom, a pretty cool bar under a bridge close to the NEMO.

Something I really liked about the Netherlands are the Albert Heijn stores because they offer so many delicious ready meals and fresh fruits to go.

Utrecht is a completely underrated city. Easy to reach by train from Amsterdam it’s worth a visit. A lot of students live here so it’s a young and modern city. Around the Oudegraacht, one of the canals, you can find a lot of restaurants and bars with a great atomosphere at night. The mall Hoog Catharijne is the biggest I’ve seen in Europe so far and of course it shines with a stunning architecture as well.

Rotterdam is known for owning Europe’s biggest harbour. A typical sight is the Erasmus bridge that connects the city center with the Kop van Zuid, an urban development area that is pretty cool to hang out at.

The yellow cube houses you can see in the picture below are located on Overblaak Street in the center. They are not only a unique photo spot but also a possible accommodation for your stay.

I highly recommend the “Markthal” since it’s even bigger than the one in Amsterdam. Don’t forget to try a fried hotdog in there 😉

Rotterdam has a lot more to offer and I recommend to discover the city by bike or scooter to find your very own favorite spot. 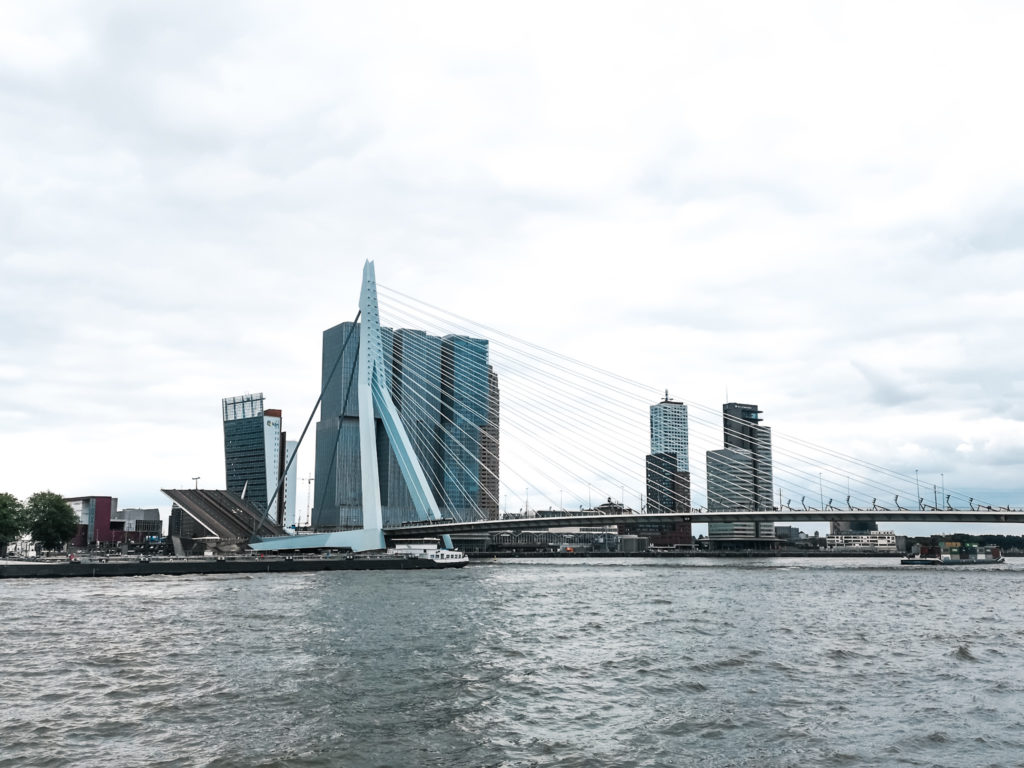 When I first came here I was impressed by the width and beauty of this beach and the whole area around it. It seems like a lot of people rent or own tiny houses on the beach to spend their vacations there. You even find a lighthouse. It’s a bit too crowded by tourists for my taste, though. 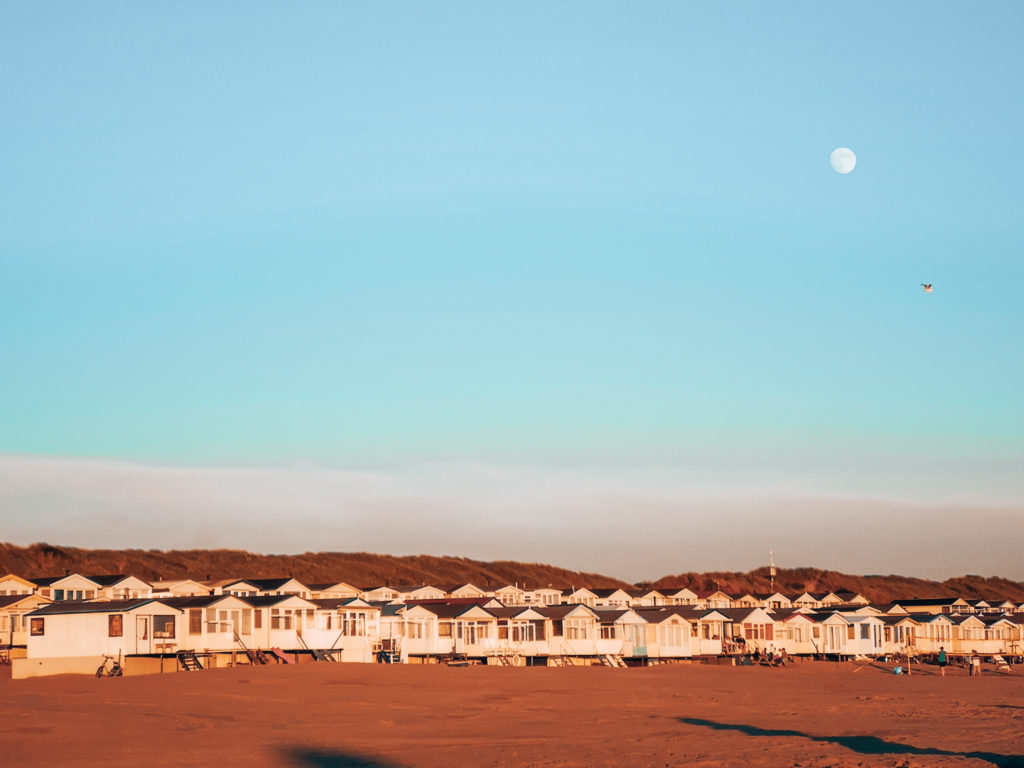 Bloemendaal aan Zee is located only a few minutes away. It offers an even more quiet beach with less tourists and a great bar called “Beachclub Bloomingdale”. If you’re on a roadtrip you can find some great overnight spots here. 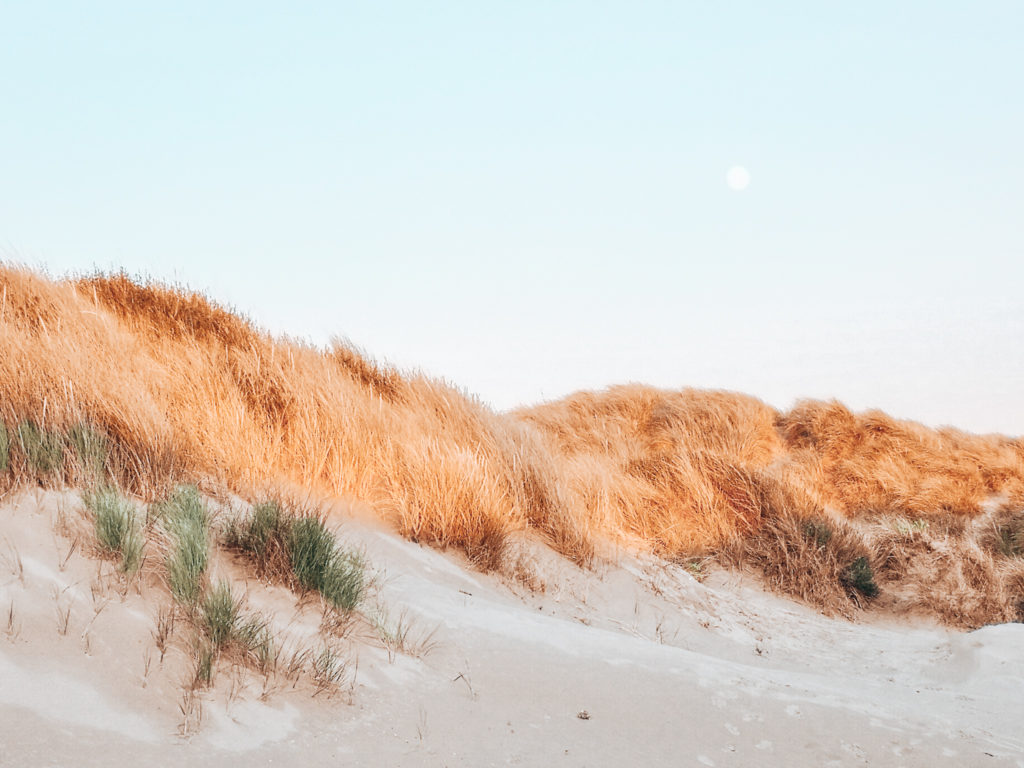 Enkhuizen is a tiny fisherman’s village in the North. That’s probably why they serve a lot of fish and other seafood. I like coming here just to relax and walk through the small city center surrounded by cute Dutch houses and canals. It seems like everyone owns a boat here.

A place full of windmills – you can spend the whole day here walking around the fields surrounded by them. You can also explore the region by boat. This place is a UNESCO world heritage. 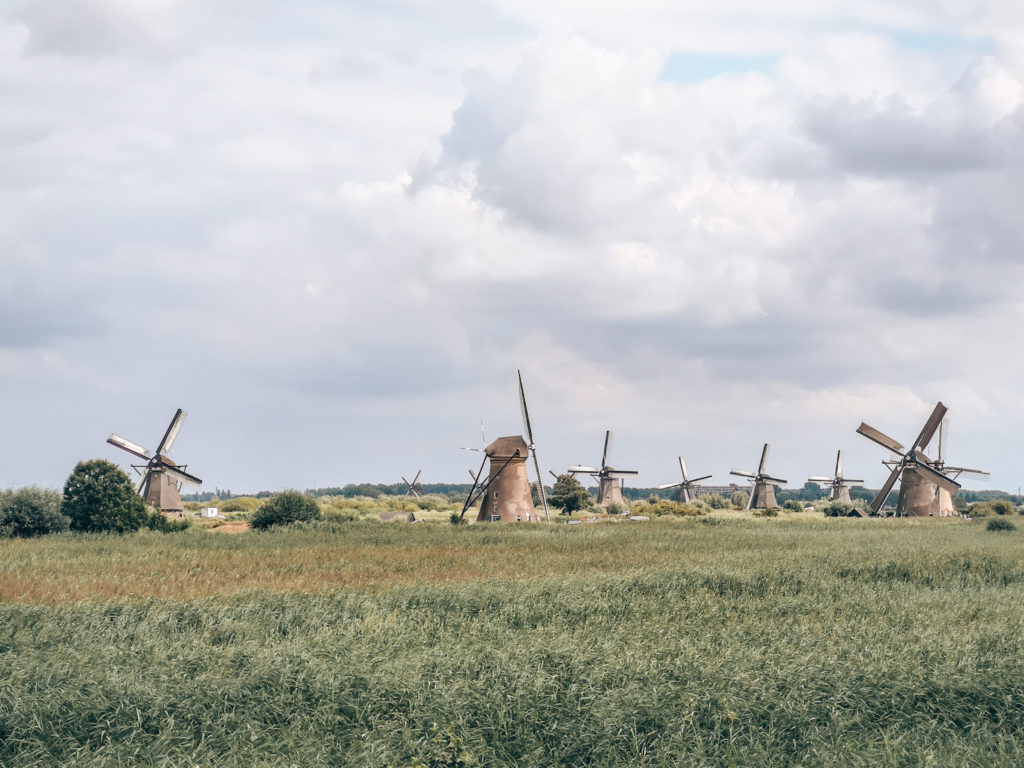 Also don't miss out on these spots: I asked my friends about their favorite spots in the Netherlands and besides the above these are the placs they told me about: Den Haag, Zandvoort (for surfing), Leiden, NDSM Werft in Amsterdam and Hoek van Holland. Check it out and let me know which places you like in the Netherlands!
Categories: City Trips Travel Experiences 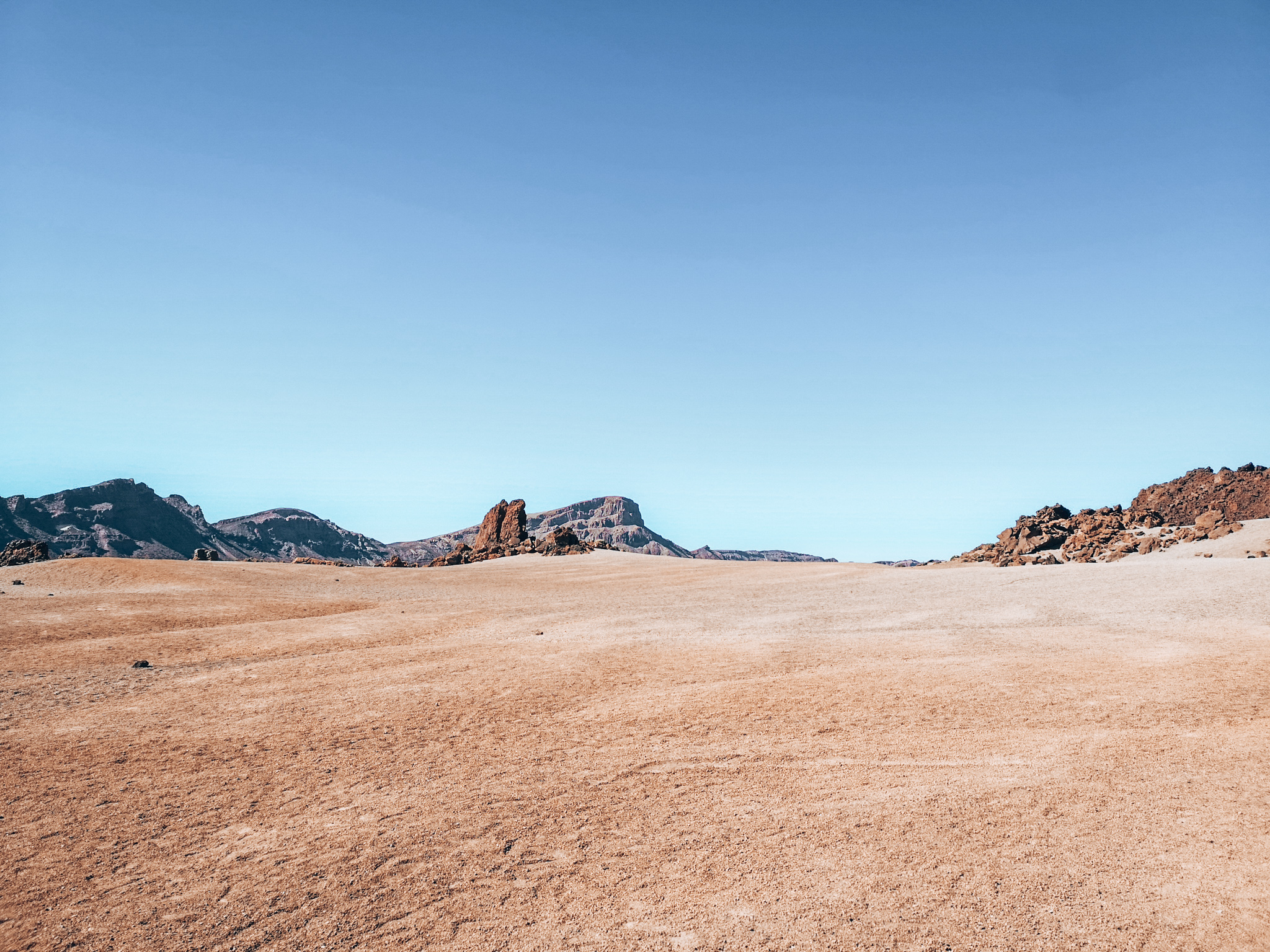 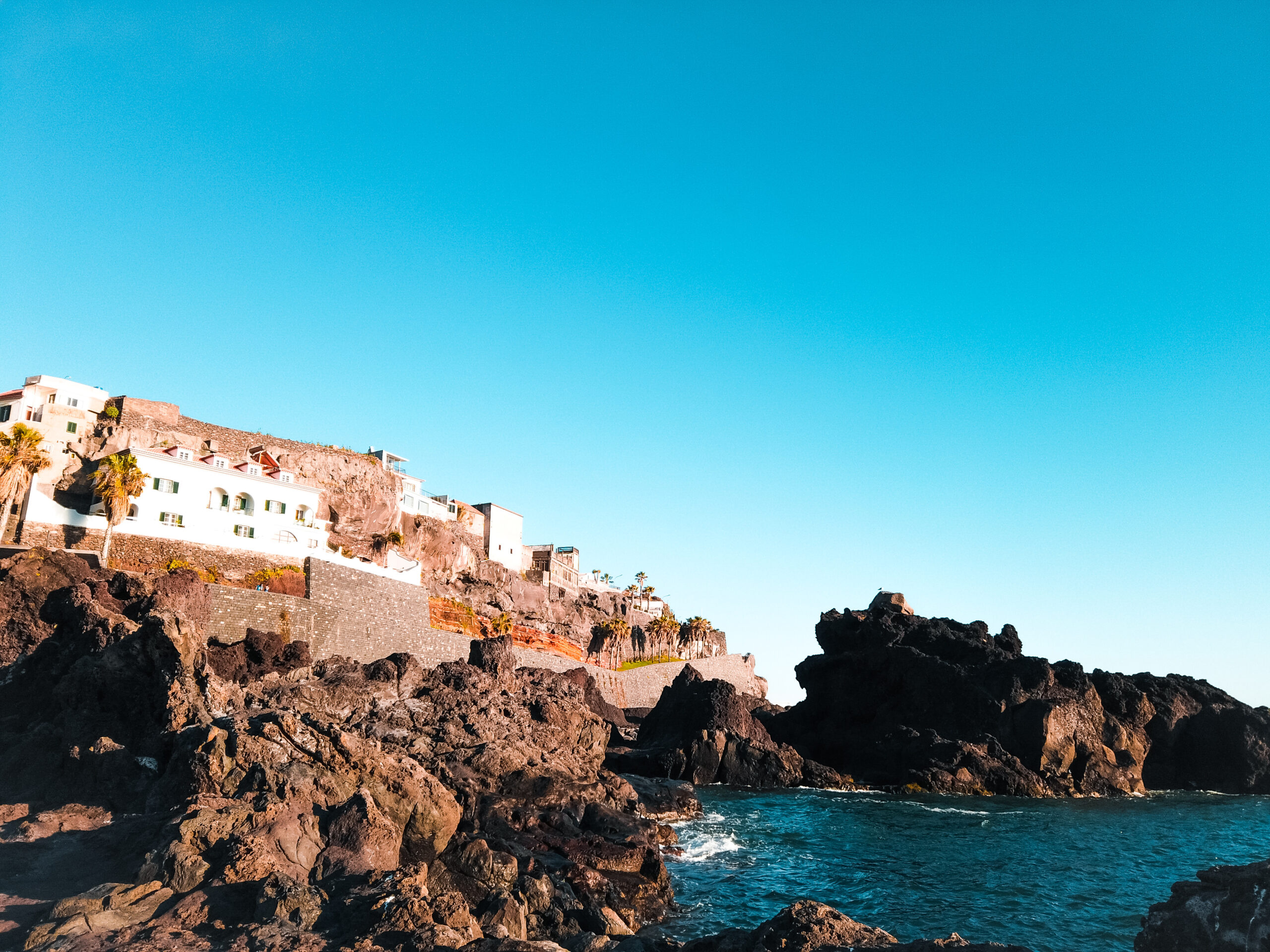 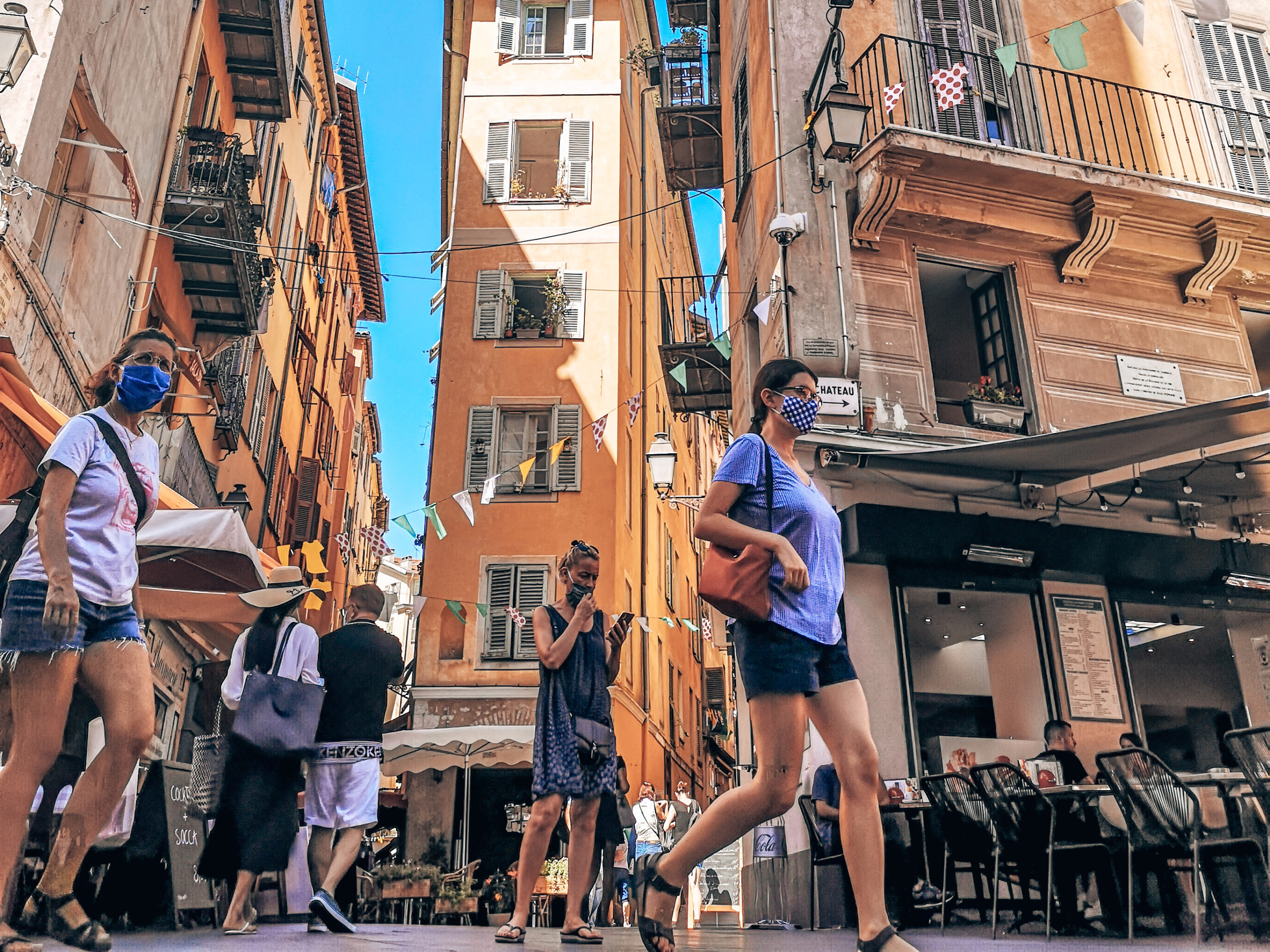